If you didn't catch Michael Shannon's intensely psychotic role in Premium Rush, you should definitely take a gander at the trailer for The Iceman. Shannon stars in the movie based on the true story of the now-notorious Iceman, contract killer Richard Kuklinski. (The Iceman claims to have killed over 100 people in the 1980s). Chris Evans plays his right-hand man, a dirty ice cream truck vendor who helps hack up the bodies once Richard has made the hit. 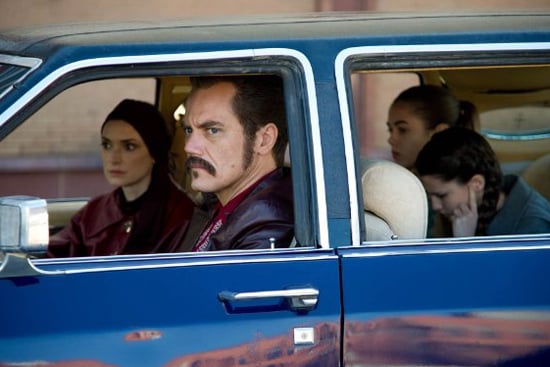 I find Shannon to be absolutely gripping as the man hiding his dangerous career from his innocent wife (Winona Ryder) and kids. I'm also really happy to see Ray Liotta, one of my favorite movie mobsters, as the Iceman's boss. And just when you think it's over — looky, looky, it's James Franco! Check out the chilling trailer (no pun intended) for The Iceman after the jump.