Inception continued its command over the box office for a third weekend, raking in $27.5 million in theaters. That was enough to beat out the comic duo of Steve Carell and Paul Rudd whose new release Dinner for Schmucks bowed with a mediocre $23.3 million. 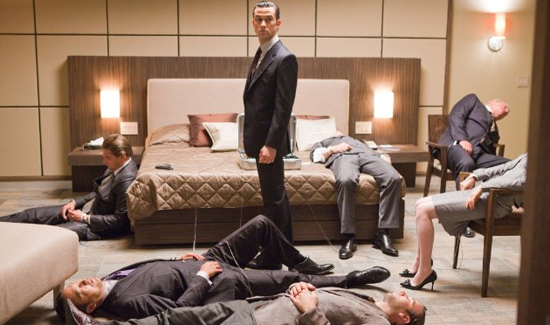 The Angelina Jolie thriller Salt came in third with $19.2 million, followed by Despicable Me with $15.5 million. Cats & Dogs: The Revenge of Kitty Galore finished out the top five with $12.5 million. As for Zac Efron, unfortunately his good looks didn't translate into huge ticket sales; Charlie St. Cloud had to settle for sixth place with an underwhelming $12.1 million.

Nostalgia
I Can Sense Danger a Mile Away: The Spy Kids Franchise Is Getting a Reboot!
by Murphy Moroney 2 hours ago

Award Season
Sound of Metal Isn't a True Story, but Riz Ahmed Worked to Make It Feel Realistic
by Amanda Prahl 23 hours ago