Inside Llewyn Davis — the Coen brothers' story about a folk singer played by Oscar Issac in the 1960s — is one of the movies I'm looking forward to most this year, and the new trailer makes me even more excited. The first preview was still good but lacked quite a bit — I wanted more story, more feeling, and more importantly, more Justin Timberlake. It's interesting enough that he's in a Coen brothers' film, and now he gets to actually speak in the new trailer. 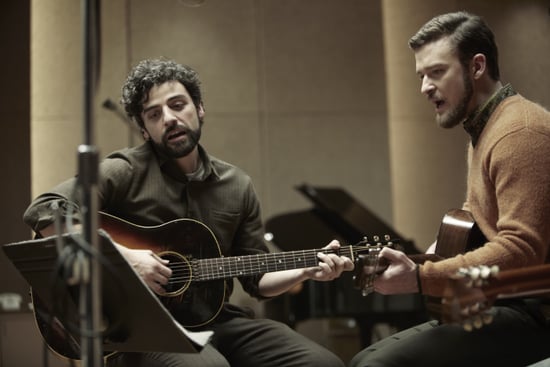 Aside from JT as a '60s musician, there's also more Garrett Hedlund, there's more to the plot, and Mulligan's character doesn't seem quite so comically angry as she did in the initial trailer. And there's an added bonus if you watch: this trailer features "Dink's Song," which is performed by Marcus Mumford (aka Mr. Carey Mulligan). Check it all out ahead of the Dec. 6 release when you read more.

Jamie Lee Curtis
Lock Your Doors! Michael Myers Is Back in the Suspenseful Trailer For Halloween Kills
by Chanel Vargas 18 hours ago

Janel Parrish
Janel Parrish's Hallmark Film, Holly & Ivy, Will Give You All the Feels: "It Has So Much Heart"
by Kelsie Gibson 21 hours ago