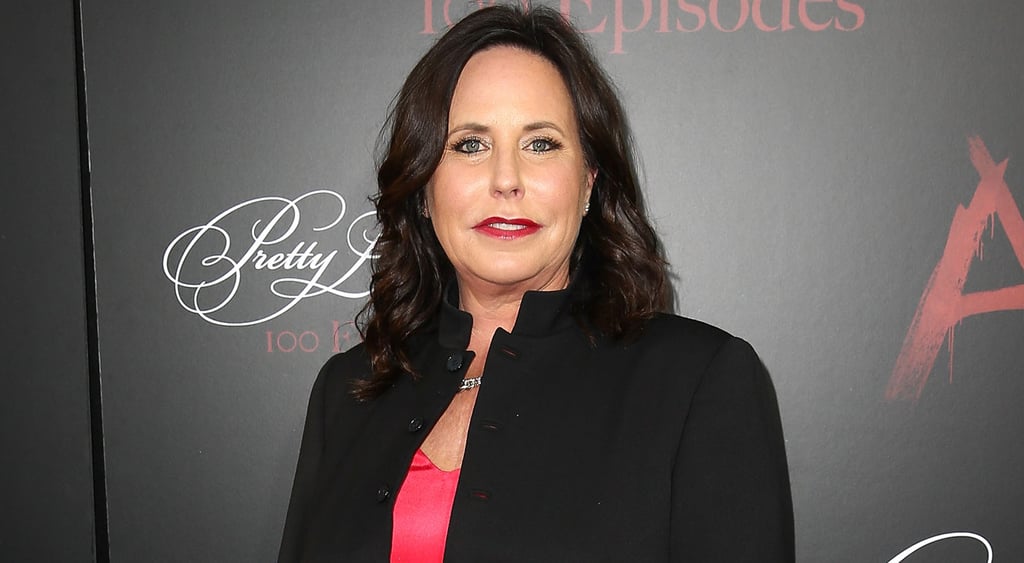 Pretty Little Liars is finally closing out its fifth season! The finale episode has already been teased as the show's most shocking episode yet, complete with a "Big 'A' reveal." Seeing as we've spent the past five seasons trying to figure out who "A" is, it's high time we get some answers. We spoke with PLL's creator, I. Marlene King, about everything from that enigmatic note Mona left to the possibility of a twin. Keep reading for all that, plus a cryptic clue for this week's epic finale. And don't forget, the complete fifth season DVD will be available on June 2, so you can rewatch and look for even more clues.

POPSUGAR: Let's start with that mysterious note that's been floating around. There's a lot of speculation out there that all three lines in the note are an anagram for the name, "Charles DiLaurentis."

I. Marlene King: You know, I've seen five or so different solutions for those anagrams floating around, and what I will say is that someone got it right. The correct one is out there.

PS: Can you say if "Charles DiLaurentis" is correct or incorrect?

PS: Adapting a book into a TV series, how do you decide when to stay true to the books and when to go your own way?

IMK: It's interesting, I had dinner with Sara Shepard just this last week, and I told her I haven't read her last book. Not because I don't want to, but because I want to wait until we end our story. We sort of went our separate way, and she went her separate way. It will be interesting to see whether they come back together again toward the end. We were very true to the first four books and then I think we sort of went in our own direction. But we still always remain true to the characters that she created and the town. And that's really important to me, and Sara, and all of our fans.

PS: We actually just chatted with her recently! You've commented in the past that you're not really doing the twin thing in the same way that it's done in the books, but she said she's still holding out.

IMK: We have certainly alluded to it on the show, and we don't do anything without a reason, so I'll leave it at that.

PS: You've known who "A" is in your mind for a long time, but have you always known how everything else would play out?

IMK: We knew that Mona was the original "A," but we didn't know how long we were going to be able to go to sustain that story before we gave her up to the audience. We knew there was going to be a "Big A" to follow that story up, and we stayed true to those characters. But along the way, we've fallen in love with characters who come and go. They've changed the course of a romantic relationship, or the course of the mystery along the way, and some of our red herrings. But we've always stayed true to who our "A"s are.

PS: You like to tweet a lot of cryptic things to fans of the show. Do you have a cryptic clue for the finale?

PS: You've said there's going to be a period where we know who "A" is, and the characters don't. How is this going to change the game?

IMK: Well it's not really true. I think I've been misquoted a little bit. In the finale the audience and the pretty little liars will find out this big reveal all at the same time. Actually, Spencer finds it out like a minute before the other girls, but we'll find this out together.

PS: How do you think the dynamic is going to change after that?

IMK: It's going to change a lot. Our Summer season — which is only 10 episodes long — is all about closure. Telling the final 10 episodes of this story we started many, many seasons ago. It's just sort of full steam ahead and answers, answers, answers. I mean we gave a lot of answers in our season four finale when Ali came back, but these are all the "A"-related questions. Some people have guessed the answers on multiple occasions, but all those answers will be revealed in the next 10 episodes. This is our chance to finally end this great and wonderful story.

PS: Which pretty little liar is most like you?

IMK: There are parts of me in all of those girls. I will say the person I fell in love with first when I was writing the pilot was Hanna, because my parents got divorced and it affected me in a similar way. But I like to think I'm kind of smart like Spencer, creative like Aria, and adventurous like Emily. Emily has turned into our fearless leader on the show and I love that about her.