The first glimpse we had at Meryl Streep as Margaret Thatcher was very brief, but the full trailer for The Iron Lady fully introduces us to Streep as Britain's first female prime minister. The preview follows Thatcher in her career struggles, makeovers and all, and we also get to see behind the scenes of Thatcher's personal life. Jim Broadbent plays her husband Denis, who gives her as much criticism as support. 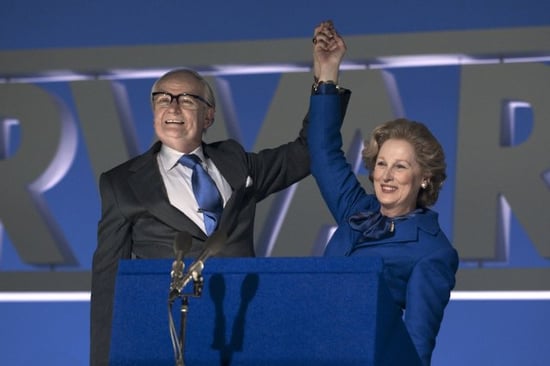 While the film looks like it follows a standard biopic formula, I'm always eager to see another Meryl transformation. Her acting appears to be as superior as always, and there were even times during the trailer that I forgot who I was watching. The Iron Lady will be released on Dec. 30, but watch the trailer now after the jump.