Tom Cruise is back in action breaking ribs and twisting arms, this time as the title character in Jack Reacher, based on Lee Child's popular series. After years serving at various ranks in the military police, Jack comes out of retirement to help solve a heinous mass murder. When the suspect turns out to be one of Jack's former troopers with a violent past, he agrees to get to the bottom of the case and put the guy behind bars for good. It doesn't hurt that the DA's beautiful daughter (Rosamund Pike) is the attorney asking for his help. Jack Reacher may sound like a cut-and-dry popcorn flick, but there's a lot more to the film that I didn't expect. However, there are also a few things to consider before buying a ticket. 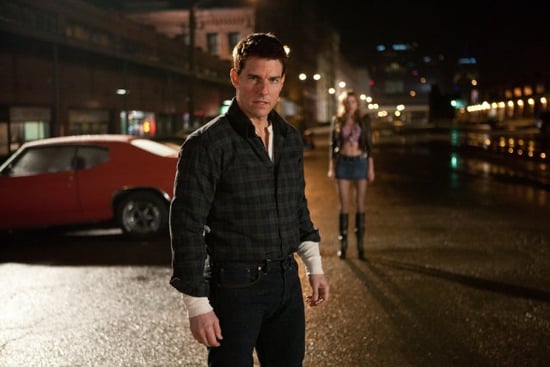 To find out what else you should know about Jack Reacher, just read more.

Shirtless
After Seeing These Pictures of Resort to Love's Sinqua Walls, We're Going to Need a Minute
by Grayson Gilcrease 23 hours ago