Just in time for Tom Cruise's birthday, and um, some other news about him, comes the trailer for Cruise's new movie, Jack Reacher. Based on the novel One Shot, the film follows a former cop who now takes it upon himself to exact justice by any means necessary. In this case, those means involve guns, fast cars, and a lot of head bashing. 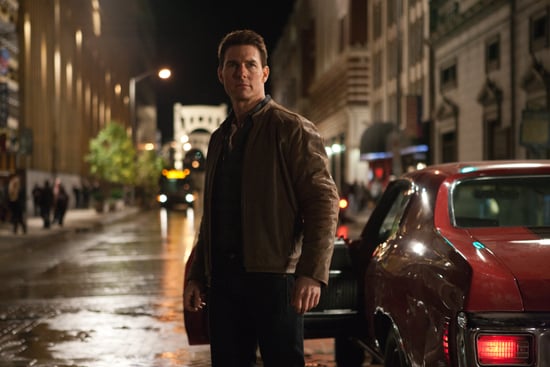 This preview is supposed to be a teaser, but it's not really piquing my interest to see more. The clip is chock-full of cheesy lines like, "You think I'm a hero? I'm not a hero," and feels a little too reminiscent of Drive. We'll have more to go on before the film hits theaters in December, but for now, watch the trailer after the break.

Channing Tatum
If Anyone Could Rescue the Bodyguard Remake For Us, It Would Be Lizzo and Chris Evans
by Kelsey Garcia 2 hours ago