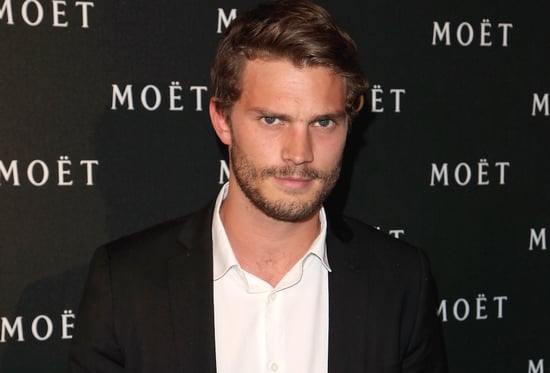 We have a new Christian Grey: Jamie Dornan has been cast in Fifty Shades of Grey, replacing previous star Charlie Hunnam. Hunnam dropped out almost two weeks ago, recently explaining that he was having family issues. Dornan, who memorably starred on Once Upon a Time, tested for the role last Friday, and ultimately won the part opposite Dakota Johnson, who's playing Anastasia Steele. Thirty-one-year-old Dornan is originally from Ireland and certainly has that smoldering Christian Grey look, but what do you think of him as the new Christian?

Holiday Entertainment
All We Want For Christmas Is a Single All the Way Sequel — Is It Going To Happen?
by Alicia Geigel 11 hours ago