Even though Jane Lynch lost the Emmy for best supporting actress in a comedy, I'm guessing she was too preoccupied with her hosting gig to worry about it. The Glee star had her hands full with memorable musical numbers, costume changes, and a handful of funny zingers about Hollywood. It was Lynch's first time as host, but she actually seemed quite comfortable on stage (especially when delivering said zingers). Most of us are used to seeing the comedienne as Sue Sylvester, but Lynch only showed up in her red tracksuit briefly, proving she didn't need to borrow any confidence from her bold alter ego. Now I want to hear from you — were you impressed by Lynch's hosting, or did she make you wish someone else had gotten the job? 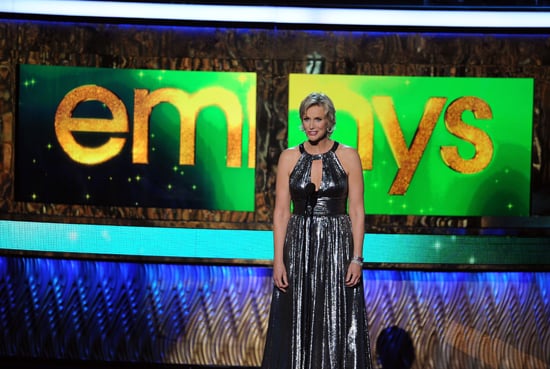