CBS focused on its current shows during the Winter TCA, bringing out comedy How I Met Your Mother, which is currently in its seventh season. Jason Segel and Alyson Hannigan were the only actors present today, but they had plenty to say, along with series creators Carter Bays and Craig Thomas. They talked about what's next for Marshall and Lily and their new little family, Robin's recent revelation, and the perennial question about when we'll meet the mother. 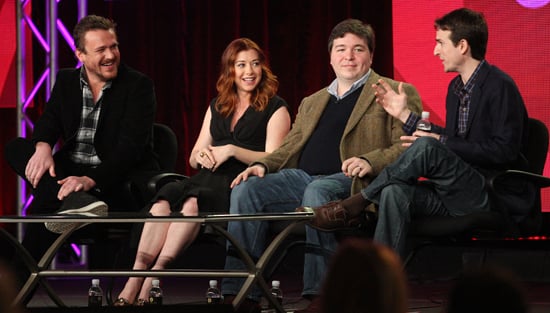