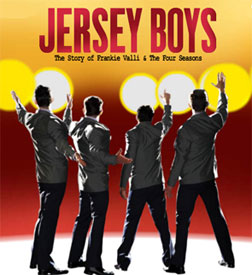 It doesn't take much for a musical to score a film adaptation, so it's no big shocker that the Broadway smash hit Jersey Boys is taking Frankie Valli and co. to the big screen. The film's official title is Jersey Boys: The Story of Frankie Valli & The Four Seasons, and it will be penned by the same writers behind the musical. Now the big question is: which of Hollywood's finest can you see belting out "Sherry Baby" and "Big Girls Don't Cry"?

MoviesEntertainment News
Around The Web

Movie Trailers
A Boss Baby Sequel Is Coming, and I Have 2 Words For You: Jeff Goldblum
by Alessia Santoro 14 hours ago

Grammy Awards
Brace Yourselves, Stans: Here Are the 2021 Grammy Nominees
by Mekishana Pierre 18 hours ago