You'd better spend the day doing GTL and preparing your themed costumes, because tonight we'll say goodbye to the overly-tanned cast of Jersey Shore for another season. Angelina already gave her last will and testament (for good, since she won't appear in Season 3), but will Miami go out with a bang? 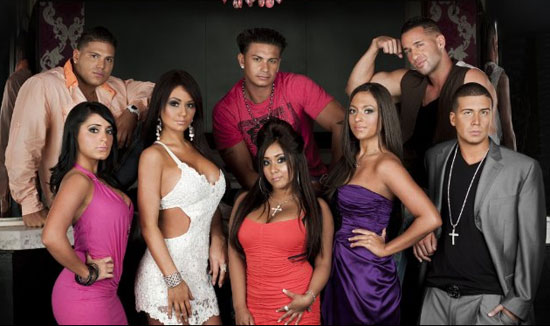 The season has had its share of ups (those catfights never get old) and downs (Ronnie and Sammi, I'm looking at you), but overall, it lived up to its freshman debut with another 13 episodes of solid-if-not-mindless entertainment. In a sneak peek at tonight's episode, we see that the gang heads to the Everglades to see the "crocadilies." Reptiles are all well and good, but where's the drama? We could be waiting months before the next season premieres, so here's hoping there will be some smushing or at least an argument to tide us over until then. Many of you are still tuning in, so are you sad to see it go?

To get a sneak peek, just read more.