Jimmy Fallon is on a roll this week! First, he enlisted Justin Timberlake for the superfun "Evolution of End Zone Dancing," and now he's presented "Joking Bad," a spot-on parody of Breaking Bad — with a Late Night twist, of course. Bob Odenkirk and the kingpins themselves, Aaron Paul and Bryan Cranston, all guest star in the skit, which revolves around Fallon finding out he has six months left . . . until he moves on to The Tonight Show. Threatened by his short tenure at Late Night, he and sidekick Steve Higgins start selling jokes to comedians on the down low. It's 12 minutes of pure hilarity, even if you're not a huge Breaking Bad fan. 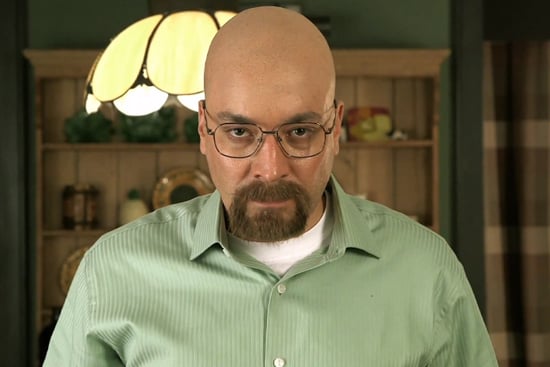 Watch the full parody after the jump.

Zendaya
Euphoria's Costume Designer Breaks Down the Looks in the Special Episode — Yes, Rue's Red Hoodie Is Back
by Sarah Wasilak 6 hours ago

Beauty News
Glow Up Season 1 Contestants: Where Are They Now (and Are They Still in Beauty)?
by Jessica Harrington 7 hours ago