We knew that Jimmy Fallon had a Game of Thrones parody in the works when we first saw those hilarious behind-the-scenes pictures. The skit aired during Friday night's show, and it's pretty spectacular: not only does Jimmy take on versions of Ned Stark and Daenerys Targaryen, but it's also chock-full of great references to the show, like the phrase "Sweeps are coming," and Fallon being lord of Rockefell. My favorite part is The Roots as the "Late Night's Watch." Be sure to watch until the end for a couple of surprise guests! 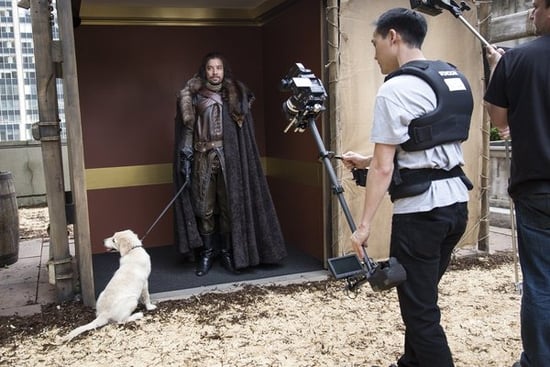 Check out the clip when you read more.

Holiday
The One With 24 Little Doors: This 2020 Friends Advent Calendar Is Full of "Central Perks"
by Chanel Vargas 10 hours ago

HBO
The Undoing: 3 Theories For Who Could Be Responsible For Elena's Death
by Monica Sisavat 10 hours ago

Adele
Adele Says Hello From the SNL Stage in a Sweet, Swear-Free Opening Monologue
by Brea Cubit 20 hours ago