It was October 2008 when Oscar-nominated actor Joaquin Phoenix announced his retirement from acting, but it wasn't until September 2010 that we finally learned the method to his madness. 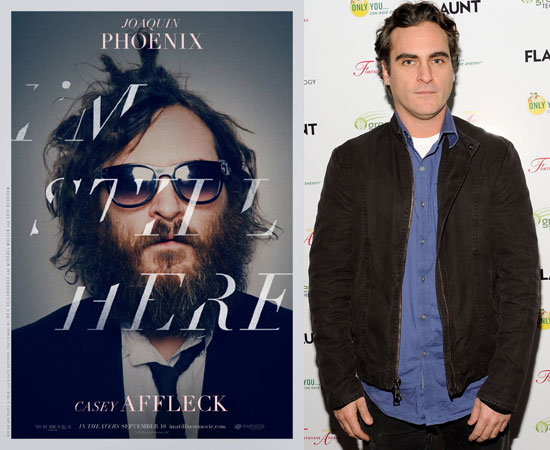 After Phoenix followed-up his initial statement with a decision to try his hand at a career as a rap musician, many of us were left scratching our heads. The plot thickened when we learned that Phoenix's newfound bushy beard and standoffish demeanor were part of a documentary he was making with his brother-in-law, Casey Affleck. The media immediately cried hoax, but Affleck and Phoenix adamantly denied the allegations and continued to film Phoenix's downward spiral, which included awkward live rapping performances and one of the most uncomfortable interviews David Letterman has ever had.

To recount the rest of what happened, just read more.

Phoenix kept a low profile for most of 2010, but we grew suspicious when he was caught by the paparazzi looking considerably more clean-cut than he had in awhile. He and Affleck premiered their documentary, I'm Still Here, at the Venice Film Festival, ahead of its September release.

Critics still couldn't decide whether the story was true or not, but luckily we didn't have to wait very long to get an answer. Days after it hit the big screen, Casey Affleck came clean, admitting that the documentary was a two-year experiment and the film was the "performance of his [Phoenix's] career."

Phoenix even appeared as his old self on Letterman, re-affirming that the film was all a ploy to see how much the media would believe. The film earned a scant $400,000 at the box office, and now the real question for 2011 is how quickly Phoenix will return to the big screen. Many of you said that you're ready to give him a second chance, but we'll have to wait and see if Hollywood feels the same way.

For lots of other headlines and highlights from the year, check out all of my Best of 2010 coverage.