While I'm loving the newly released The Amazing Spider-Man, I've seen 2002's Spider-Man easily a dozen times. However, Joe Manganiello's appearance in the movie slipped under my radar somehow — until now. The True Blood star (who's also currently sexing it up in Magic Mike) plays Flash, the bully who Peter Parker (Tobey Maguire) spills his tray of food on in the lunchroom. He's sporting an attitude that eventually gets knocked out of him when the newly powerful Peter embarrasses him in a hallway fight. I'm debating whether I prefer Manganiello in this role or the new incarnation played by Chris Zylka. What's your take? 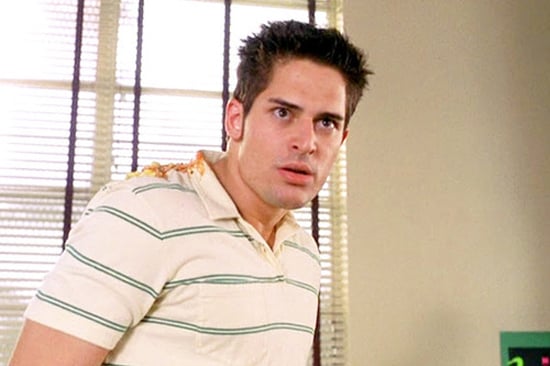 Take a look at the video after the jump.

Joe ManganielloSpider-ManMovies
Around The Web

Nostalgia
Think You Know Love & Basketball? Test Your Knowledge of Monica and Quincy's Story
by Hedy Phillips 21 hours ago

Janelle Monáe
Shrouded in Mystery, Antebellum Bungles Its Setup and Miserably Fails Its Twist Ending
by Grayson Gilcrease 6 hours ago