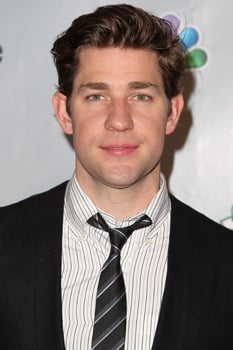 After nine seasons, we're finally bidding adieu to our favorite Scranton residents as The Office ends its run. Not to hurt any feelings, but I have to admit I'm going to miss Jim Halpert the most. Helping with the transition is John Krasinski, who hopped on the phone with reporters to talk about his time on the set of The Office and what the show means to him (hint: a lot). Check out what he had to say about the light at the end of the tunnel for Jim and Pam's relationship, the first time he put his foot in his mouth in front of show creator Greg Daniels, and, of course, the show's final episode, which airs May 16.

Find out what else Krasinski admitted when you read more.

Black-ish
Oh, Just 16 of Black-ish's Greatest Guest Stars Over the Years
by Annie Blay 19 hours ago

by Alessia Santoro 14 minutes ago

by Perri Konecky 49 minutes ago