When Joseph Gordon-Levitt hit the Saturday Night Live stage this weekend, we figured he might dance in his monologue as he did the last time he hosted, and he did — but this time, his moves were much racier. The actor joked about how Magic Mike was his "favorite superhero movie of the Summer," and then he went on to show off his favorite scene: the "It's Raining Men" sequence. Watch as JGL does his best Channing Tatum impression (seriously, he's pretty good) and strips off his shirt while SNL cast members join him for the routine, too! 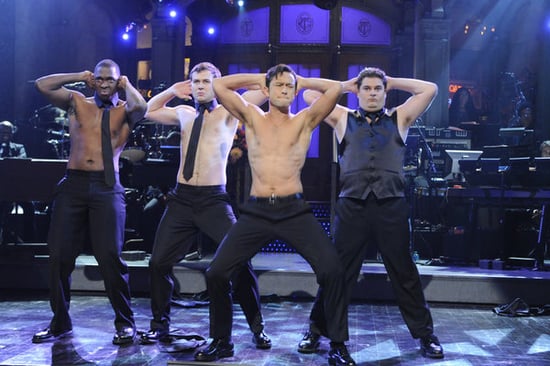 Watch the video after the break.