Take a moment right now to think about the comedies that are currently running on HBO: Hung, Curb Your Enthusiasm, Entourage, Bored to Death, Eastbound & Down. Now let me ask you this: how many of said series feature a woman in the leading role? 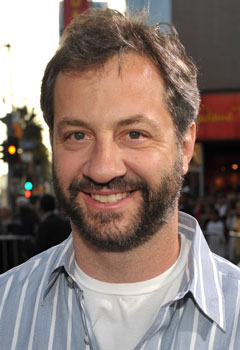 Rest assured, HBO is working to get its Sex and the City woman power back with a new comedy that revolves around 20-something women and their struggles to grow up. Lena Dunham (most recognizable for her role as Sarah on The Sarah Connor Chronicles) will star in, write, and direct the pilot, and backing her as producer is Judd Apatow. Dunham has written two feature films that have garnered a lot of buzz, but can Apatow channel some of his Freaks and Geeks glory to bring some truly funny female characters to the small screen again?

I love Larry David and Vinny Chase, but I can't wait to see some ladies stealing the laughs away from the men who have been dominating the network for the past few years.