Ever wonder what happens behind closed doors at Saturday Night Live? Turns out, there exists a special club for those who've hosted the show five times. As this weekend marked Justin Timberlake's fifth time hosting the show, he was finally invited to throw on a smoking jacket and join the likes of Chevy Chase, Alec Baldwin, Steve Martin, and Candice Bergen in the Five-Timers Club. As Martin ushers Timberlake around, he gets served a drink by bartender Fiver-Timer wannabe Dan Aykroyd, while Martin Short (tries) to serve him appetizers. It's kind of like a smorgasbord of comedy stars. 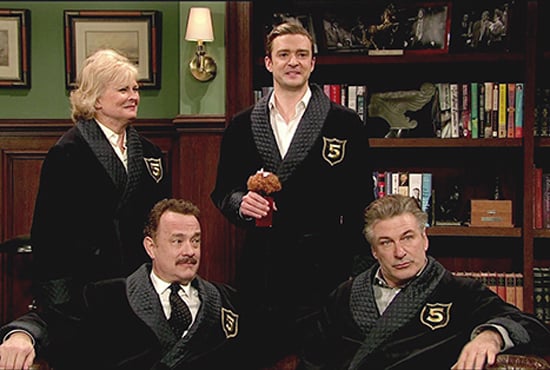