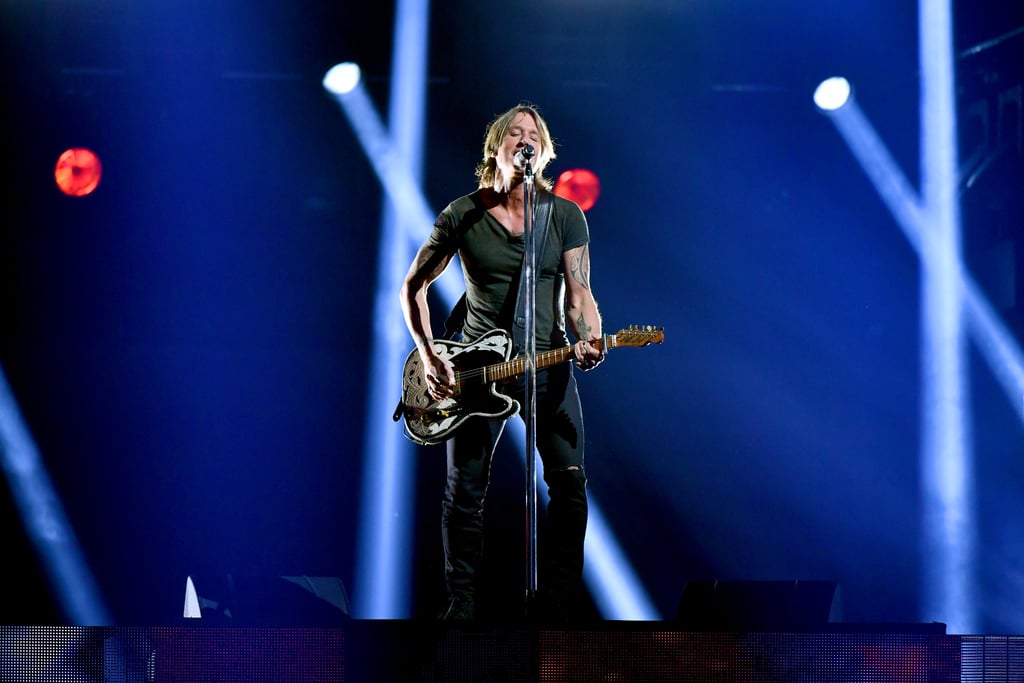 Keith Urban gave an electric performance during the CMAs on Wednesday night, but no one was more proud than his wife, Nicole Kidman. As the country singer performed "Never Comin Down" on stage, the Big Little Lies actress was spotted swaying and singing along in the audience. Aww! Whether they're walking the red carpet or swooning over each other during award shows, we can't get enough of this adorable couple. See Urban's performance (and Kidman's reaction) ahead.