First comes love, then comes wedding, then comes marriage in Dermot Mulroney's upcoming directorial debut. Love, Wedding, Marriage has had some bumps along the road to production, but it finally has a cast, with Kellan Lutz and Mandy Moore starring as the leading married couple. Moore will play a marriage counselor whose world is rocked when her parents' seemingly perfect marriage heads for divorce. She then decides to attempt her very own parent trap, sabotaging her own relationship with Lutz in the process. Jane Seymour and James Brolin will play Moore's parents. 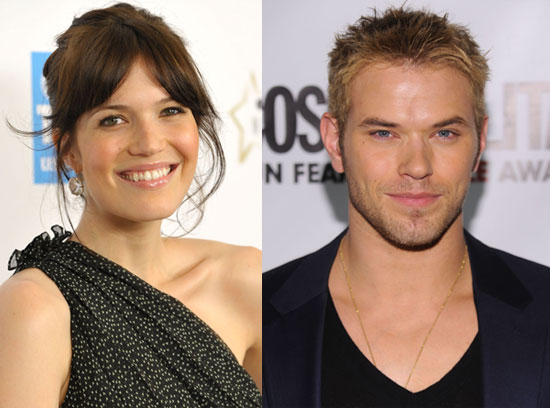 I'll always root for Moore, but her recent rom-com track record isn't exactly stellar: it includes License to Wed and Because I Said So. As for Lutz, it's kind of hard for me to wrap my head around him as something other than an arrogant high school student or vampire, but at least he's branching out.