Keri Russell's new drama The Americans premiered this week, and we've been happy to see her back on the small screen, since we were such fans of Felicity. Though you surely recognize her from that, did you also know she appeared on another '90s TV mainstay? Russell was once on Boy Meets World — which has also been on our mind since the spin-off was announced. The actress played Mr. Feeny's niece who takes a shine to Eric and ends up locking lips with him, much to the disgust of young Cory (and get ready to feel ancient: this was all 20 years ago). It's worth watching just for Russell's awe-inspiring signature hair. 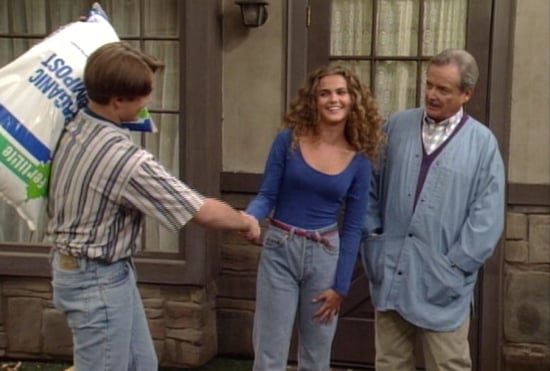