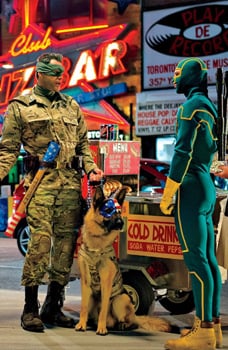 It's been three years since Dave Lizewski (Aaron Taylor-Johnson) suited up in Kick-Ass, but the homegrown superhero is back, and we have the first peek at Kick-Ass 2. This time, our titular hero is no longer an amateur. He's down a partner since Hit Girl (Chloë Moretz) got busted, but he's joined by a new vigilante team headed by a former mobster, called Colonel Stars and Stripes (Jim Carrey). That's Carrey in the picture, looking very patriotic (it's kind of as if Captain America had to make his own uniform and only had his dad's old army duds to work with). I can't wait until more pictures come out, particularly of Moretz and Christopher Mintz-Plasse (whose previous alter ego, Red Mist, has been reborn as The Mother F%&*^r), but you can check out this image and the full-size version for now when you read more. 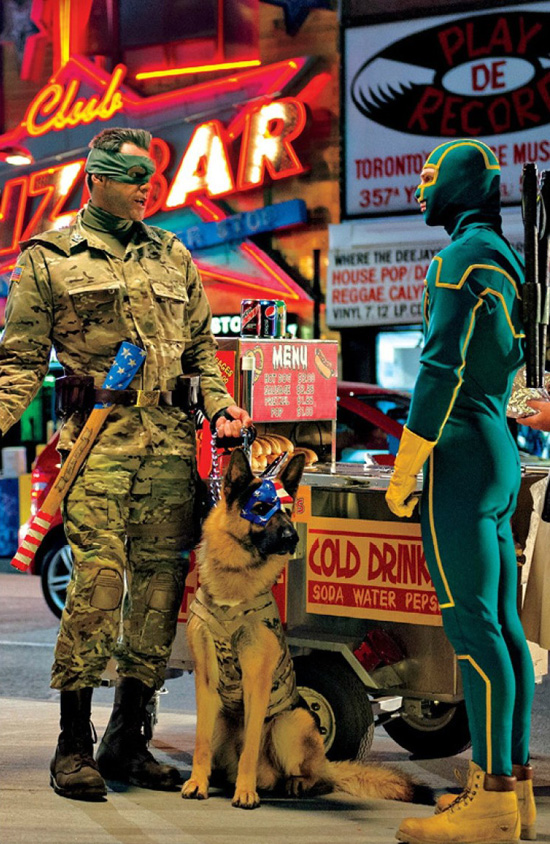 Movies
HBO Max's The Witches Is More Like the Book Than the Classic '90s Film, but With a Twist
by Mekishana Pierre 12 hours ago

Hero Fiennes-Tiffin
After We Collided: Why Tessa and Hardin Aren't Actually Good For Each Other
by Monica Sisavat 20 hours ago