While you may have threatened to run away from home as a kid, the upcoming indie comedy The Kings of Summer explores what happens when Joe Toy (Nick Robinson) actually does run away. The independence-starved teenager wants to get away from his embarrassing dad (Parks and Recreation's Nick Offerman) to build his own house in the woods. With his own meddling parents to deal with (one of whom is played by Megan Mullally), Joe's best friend Patrick (Gabriel Basso) also agrees to join in, as does another kid, Biaggio (Moises Arias). While their parents consult with the local police, the trio fulfills their fantasy of living out in the wilderness. 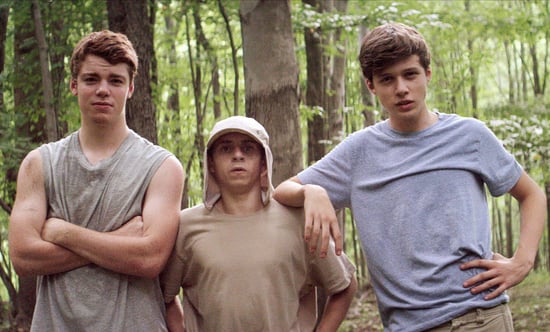 The Kings of Summer (previously titled Toy's House) was a hit at the Sundance Film Festival, and I'm a sucker for a good coming-of-age story and already entranced by the whimsical plot. The movie opens on May 31, and you can watch the trailer when you read more.