Knights of Badassdom revolves around a group of modern day men involved in medieval times LARPing (live-action role playing, for the uninitiated), but the truly bad-ass thing about the movie is the cast. It features small screen stars I adore, like True Blood's Ryan Kwanten, Game of Thrones' Peter Dinklage, and Community's Danny Pudi. Steve Zahn and Summer Glau round out the group, who get so caught up in their cosplay (that's costume play) that they accidentally unleash a demon woman. To get rid of her, they have to summon up the LARP skills they've been accruing and actually put their swords and armor to good use. 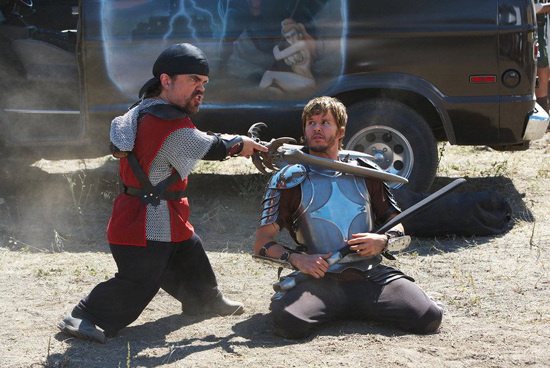 There are some funny moments in the trailer, but it's truly worth it just to see Kwanten doing comedy (which I need after his recently creepy story arc on True Blood). Check it out when you read more.

Books
Before These 15 Movies Hit the Big Screen in 2022, Read the Books They're Based On
by Amanda Prahl 10 hours ago