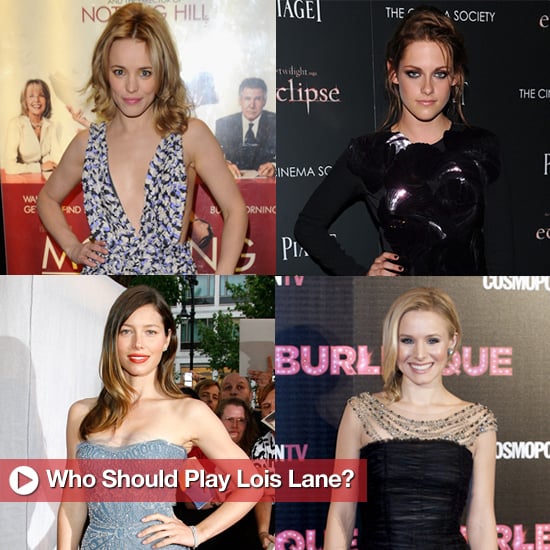 Now that Henry Cavill has been cast as the new Superman, the next question is obvious: Who will play his Lois Lane? The iconic love interest is a hot role to fill, and according to rumors, several young actresses are being considered. I'd love to get your opinion on who should play the feisty reporter, so take a look at the women being considered and let me know if you'd cast or chuck each leading lady!

Kristen Stewart
Spencer: The Secret Behind Those Giant Pearls Kristen Stewart Ate at the Holiday Dinner
by Chanel Vargas 4 weeks ago

Kristen Stewart
Yep, Spencer's Costume Designer Is Just as Obsessed With All of Those Coats as You Are
by Yerin Kim 11/05