Saturday Night Live veteran Kristen Wiig is set to return to historic Studio 8H this weekend, but before she takes the hosting reins, she's taking a minute to jam out to Vampire Weekend's new single. Fan favorite Wiig teamed up with Fred Armisen for her promos, which include a small tour of her (fake) characters and a guilt trip for leaving her SNL castmates behind. The promos definitely got me jazzed for this weekend's episode. It'll be just like old times! The show is also featuring musical guest — who else? — Vampire Weekend. 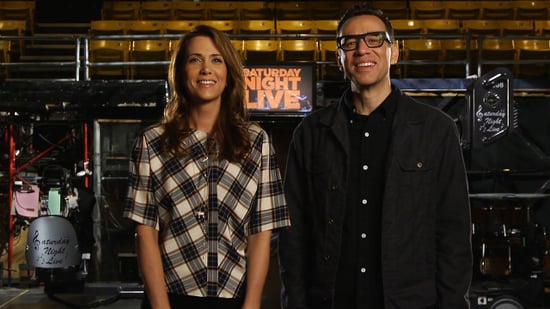 Check out the promos after the jump.