You won't see Chris Pratt, Will Ferrell, Cobie Smulders, Elizabeth Banks, Will Arnett, Jonah Hill, and Morgan Freeman in the trailer for The LEGO Movie — but you will hear them! The stop-motion film may not be on your list of movies to get excited about yet, but this trailer is so funny. Pratt voices Emmett, a happy-go-lucky LEGO who's plucked from his ordinary existence and suddenly thrust into a group of LEGO superheroes attempting to defeat the evil Mr. Business (Ferrell). LEGO Batman (Arnett), Wonder Woman (Smulders), and Green Lantern (Hill) all make appearances on the team. Comic-Con audiences got a sneak peek of the film this year, but this full trailer is worth the wait. 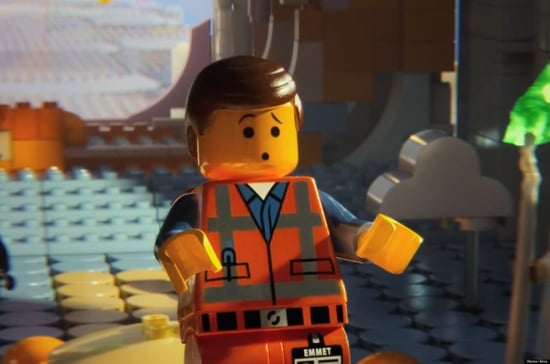 Though it's definitely not as crude, this trailer really reminds me of 2004's Team America: World Police. It's deceptively cute to look at, but most of the characters are sarcastic and jaded, especially Arnett's Batman. He's Bat-mailing on his Bat-phone! The film is due out Feb. 7, and you can watch the trailer after the jump.