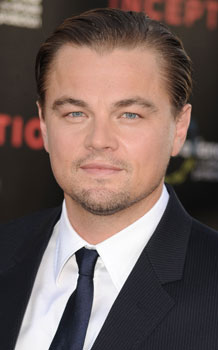 Leonardo DiCaprio is about to prove that looks can be deceiving: the handsome actor is set to play a serial killer in The Devil in the White City: Murder, Magic And Madness At The Fair That Changed America (say that three times fast!). The film is an adaptation of a nonfiction book by Erik Larsen, which follows the murder spree of Dr. HH Holmes during the 1893 World's Far in Chicago. Apparently Holmes killed somewhere between 27 and 200 people by charming them into his hotel and dissecting their bodies. He then sold their skeletons and body parts to medical studies. Nauseated yet?

Under normal circumstances I'd leave a movie like this to the Saw-loving people of the world, but DiCaprio's name is what separates this project from any other horror film. He hasn't had many chances to play the villain, so I might be able to risk a queasy stomach to watch DiCaprio be the bad guy.

Leonardo DiCaprioMoviesEntertainment News
Around The Web

Jordan Fisher
If Netflix Needs Ideas For a Work It Sequel, We're Happy to Provide Some Thoughts
by Mekishana Pierre 9 hours ago

by Maggie Panos 6 hours ago