This year's Oscars ceremony was chock-full of performances, including a showstopper from the cast of Les Misérables. Academy Award nominee Hugh Jackman and winner Anne Hathaway led their cast, including Amanda Seyfried, Eddie Redmayne, and Russell Crowe, in a big medley number that was not to be missed. Watch it again here, and check out the full Oscar show online at ABC.com, the ABC player for iOS and Hulu Plus. 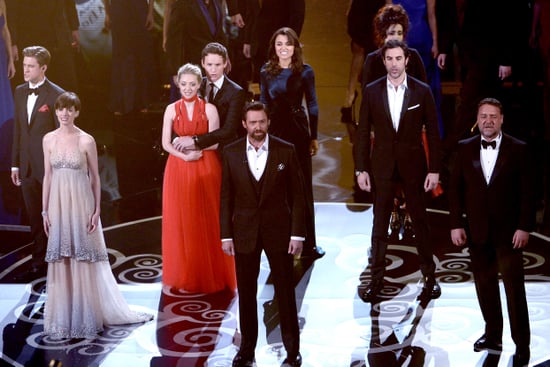 by Grayson Gilcrease 41 minutes ago