This trailer for The Lincoln Lawyer is trying way too hard. Matthew McConaughey stars as Mickey Haller, a lawyer who works from the back of his Lincoln Town Car, hence the title (the license plate reads NTGUILTY, groan). His clients are from the underbelly of L.A., the kind of people who prefer to pay their legal fees in unmarked envelopes — and Mickey is all too happy to accept their cash. But when he takes on a Beverly Hills client (Ryan Phillippe) charged with a woman's murder, Mickey may have bit off more than he can chew. 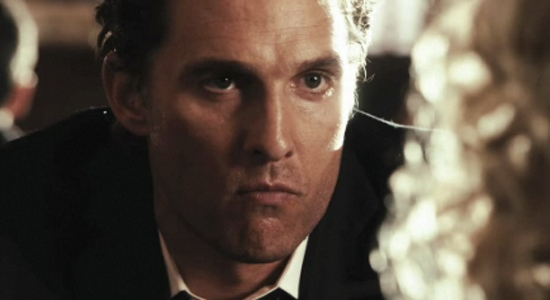 It's been a while since McConaughey has taken on a dramatic role, but I'm not sure this film will pack the same punch as A Time to Kill. The trailer is wrought with slick camera effects, and is trying really hard to be gritty. To its credit though, it's based on a best-selling novel, and the acting ensemble includes William H. Macy and Marisa Tomei in supporting roles. Perhaps this is just the case of a preview that doesn't do the film justice? Give it a look, and share your verdict when you read more.

Nostalgia
I Can Sense Danger a Mile Away: The Spy Kids Franchise Is Getting a Reboot!
by Murphy Moroney 4 hours ago