Daniel Day-Lewis is a masterful, always-impressive actor, and after watching the first trailer for Lincoln, it looks as though he may top himself. In Steven Spielberg's historical drama, Day-Lewis portrays Abraham Lincoln in the final months of his life as president prior to his assassination. Supporting him in the film are Sally Field as Mary Todd Lincoln, Joseph Gordon-Levitt as his son Robert Todd, Tommy Lee Jones, and more. The trailer starts off by showing Lincoln interacting with other politicians and the kind of pressure he was under, and even though we don't even hear Day-Lewis speak in character until almost a minute in, the actor's emotions and expressions are enough to give you goosebumps. 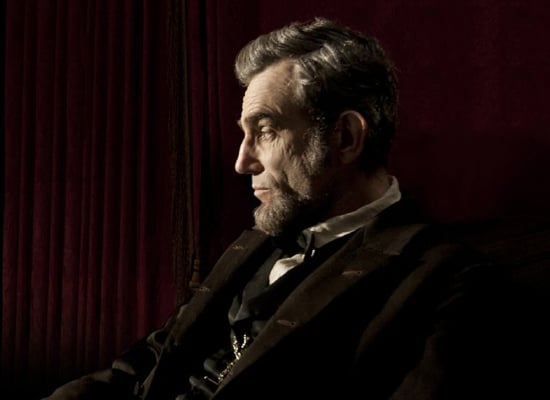 There have been many portrayals of Lincoln on screen, but I don't think we've seen a film with such an impressive team. Aside from Day-Lewis's performance, having Spielberg at the helm has me sure that this movie is going to be fantastic — and an award-generator. Lincoln will be released on Nov. 16, but you can watch the trailer now after the break.