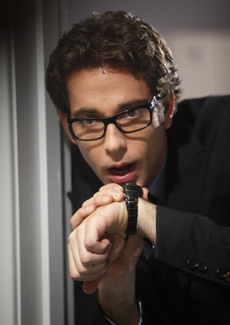 The Fall TV season is finally getting fleshed out, as word is rolling in about which of your favorite shows will be coming back — and which we can give a fond farewell. In today's most recent hirings and firings, Chuck is saved! I'm so glad I continued to watch this beloved show despite it being on the bubble (I guess NBC really listened to the fans!).

But in sadder news, the original Law & Order is finally being laid to rest after 20 years on the air. In its place, NBC is reportedly picking up a West Coast version of the show, Law & Order: Los Angeles. Over at ABC, FlashForward has been canceled after being on the rocks, but V is still in.

That's just a sampling, but for a full list of what's safe, what's axed, and what's still in trouble, read more.

Netflix
Manolo Cardona Teases the Arrival of a "Very Important Character" in Season 2 of Who Killed Sara?
by Monica Sisavat 19 hours ago

Freeform
Cruel Summer Isn't Based on a True Story, but It Very Well Could Be
by Monica Sisavat 23 hours ago