Greta Gerwig is often relegated to playing supporting roles, but in Lola Versus, she's taking the lead as the title character, a woman who gets dumped by her fiancé (The Killing's Joel Kinnaman) while planning their wedding. Her BFFs (including Whitney's Zoe Lister-Jones) are ready to reintroduce Lola to the single life — even though it may be a little too soon. As she explores therapy, dating, and hooking up with new people, Lola tries to figure out who she is on her own, while uttering some pretty hilarious dialogue ("I'm power eating!"). 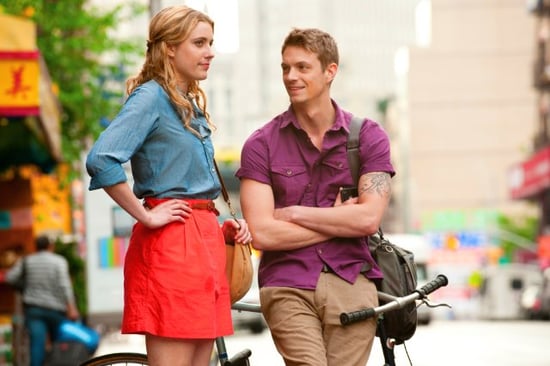 I fell for this trailer right from the opening, when "Go Outside" by Cults starts up, to everything Lola's well-meaning friends say. It makes sense that Lister-Jones has some of the best lines — she wrote the film with Daryl Wein, and they're the same pair who wrote 2009's Breaking Upwards, which I loved. Gerwig also seems charming and relatable as Lola, so I can't wait to see how it all plays out when the movie is released on June 8. Let me know what you think when you watch the trailer after the jump.