Despite Taylor Kitsch's shirtless presence, John Carter wasn't able to top the box office in its first weekend of release — it came in second place with $30.6 million, ceding the No. 1 spot to last weekend's winner, The Lorax, which earned $39.1 million. In third place was Project X with $11.6 million, followed by the new horror release Silent House with $7,010,000 million. Nipping at its heels for the fourth spot was Act of Valor, with $7 million. New release A Thousand Words only reached sixth place with $6.4 million, while indie Friends With Kids opened at $2.2 million. 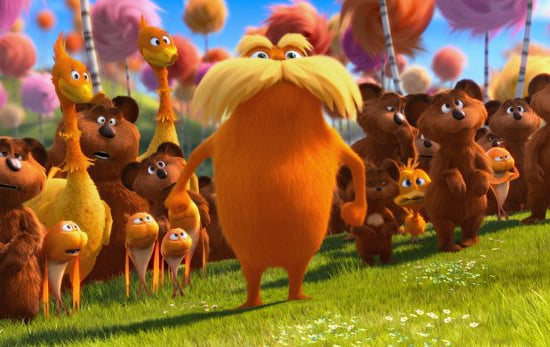 Margot Robbie
A Hose, a Kiddie Pool, and Other Products The Suicide Squad's Makeup Team Used on Set
by Danielle Jackson 6 hours ago