From Mean Girls to Lovelace, Amanda Seyfried has come a long way, as evidenced by the new trailer that features her as "legendary" porn star Linda Lovelace. Set mostly in the '70s, the biopic follows Lovelace as she catapults from small-town obscurity to fame, all because of a little film called Deep Throat. Peter Sarsgaard plays her mustachioed husband, Chuck, who gets dangerously ticked off when their video makes Linda, not him, a star with the public.There's also a long laundry list of stars that I'm excited to see make appearances, including Sharon Stone as Linda's mother and James Franco as a young Hugh Hefner! 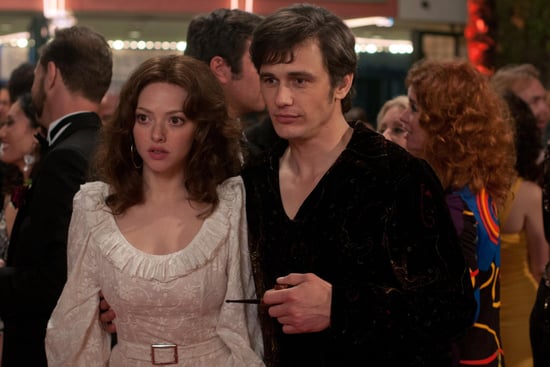 Adam Brody
Adam Brody on The Kid Detective's Mind-Boggling Ending: "It Stayed With Me"
by Kelsie Gibson 1 week ago

Netflix
Meet the A-List Cast of Mank, the New David Fincher Film Shot Entirely in Black and White
by Eve Crosbie 1 week ago