Precocious Glenn Bishop really nails the theme of this week's episode of Mad Men when he asks Don, "Why does everything turn out crappy?" It's a question both Lane and Don come face-to-face with, as Lane's financial issues are coming to a breaking point, and Don becomes increasingly disillusioned with his work life at Sterling Cooper Draper Pryce. 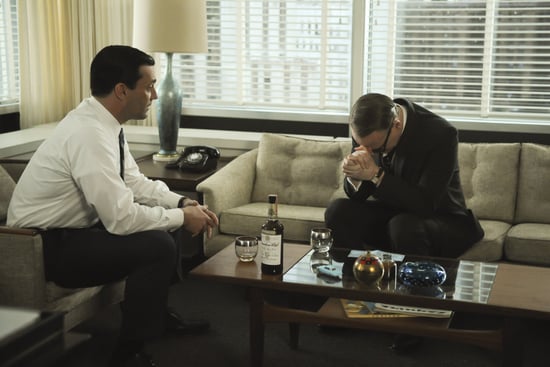 Sally's also experiencing some growing pains, as she takes one big step closer to adulthood even though she's clearly still a little girl in many ways. I'm sure I'm not the only one who's still reeling from this episode, so let's break down the night's biggest moments when you read more.