It feels like just yesterday it was summertime in Mad Men world, but alas, we've already arrived at Thanksgiving. It's not exactly a celebratory episode: Betty's cranky about both her new diet and Don's new wife; Pete's still struggling to figure out his life; and Don and Ginsberg have a showdown at work. 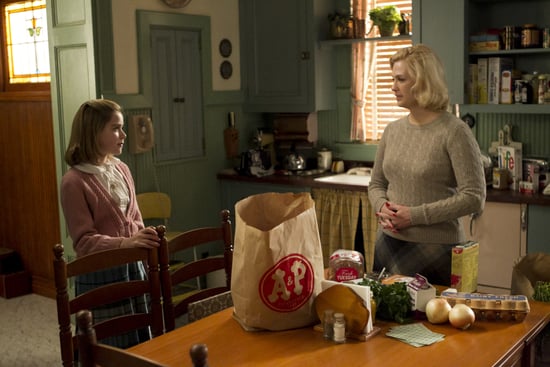 Roger, on the other hand, is still using his money to get everything he wants, which includes using Jane for some help landing a new client and paying off Ginsberg. And Ginsberg's success is Peggy's lack thereof; with him cleaning up, she has less and less to show for her work. Ready to break down the big moments? Just read more.

There's also more death omens in this week's episode, including Megan teaching Sally how to fake cry by focusing on something sad, and of course, the mysterious toxic smog that invades Thanksgiving. How'd you feel about the episode overall?

by Alessia Santoro 6 minutes ago