Things may be looking down for Lane Pryce and Pete Campbell on Mad Men, but the careers of their real-life alter egos are definitely on the upswing! 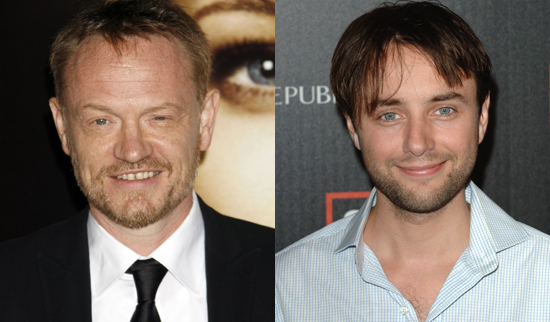 Jared Harris has signed on for the highly coveted role of villain Moriarty in Sherlock Holmes 2, a part that was previously rumored for big names like Daniel Day-Lewis and Brad Pitt. While it's surprising to see the lesser-known Harris beat out such heavyweights, can't you see him in the sinister part?

As for Vincent Kartheiser, he's joining the cast of the Amanda Seyfried-Justin Timberlake sci-fi thriller (previously titled I'm.mortal). But here's the hitch: he'll be playing Seyfried's father. It seems strange to picture Kartheiser as an older dad, although keep in mind that the story centers on a society where no one ages past 25, so perhaps it's not as odd after all.

TV
No, Raised by Wolves Isn't Connected to Alien — but They Have Something Key in Common
by Amanda Prahl 18 hours ago