Mad Men makes its highly anticipated return to primetime this month, and last night Matthew Weiner, the show's creator and executive producer, along with the cast teamed up at LA's PaleyFest to chat about the season four finale, upcoming episodes, and the future of the Emmy-winning series. The panel didn't give away too many spoilers, though Hamm did reveal Don Draper may still be a bachelor when season five debuts on March 25. Get up to speed with our Mad Men season four recap, and check out the best quotes from the panel! 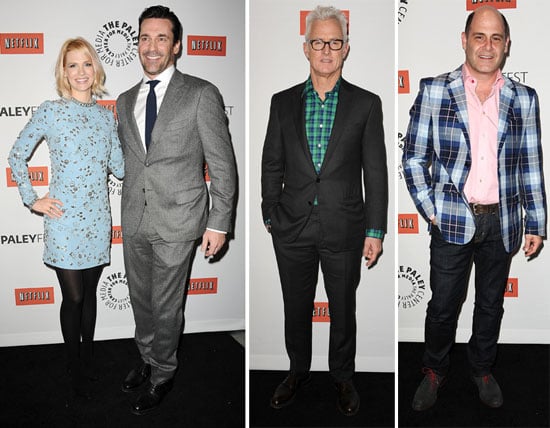