The ex- files are revisited on this week's Mad Men as Don and Betty find themselves reconnecting on a hot Summer camp retreat. Whether it's because Don has broken the seal on cheating or Betty's sexy new figure is just too hard to pass up, it makes for a déjà vu effect on the episode, especially because we also revisit Joan and Roger's old relationship. Speaking of relationships, Peggy and Abe's dissolves this week, after a very unfortunate knife-on-a-stick incident. 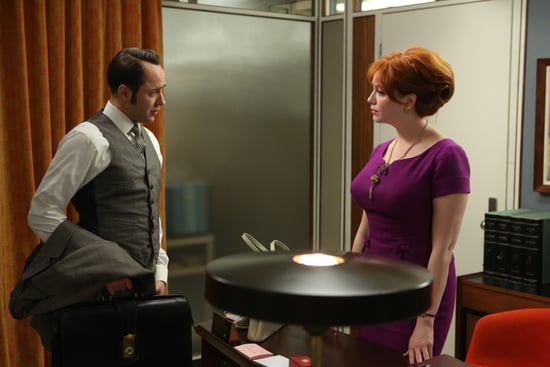 There are some other interesting things happening at the office this week, like the tug-of-war Peggy is feeling between Ted and Don, as well as Bob Benson yet again sticking his nose into the business of others. Ready to go over the maddest moments of the week? Get them after the jump.