The wheels are really coming off the wagon that is Sterling Cooper Draper Pryce, and on this week's episode of Mad Men, Don may have added another nail to the coffin. As the water continues to rise for the company, it's getting harder and harder for Don and the rest of the team to land new accounts. Much like the end of season three, it feels like big changes are on the horizon. 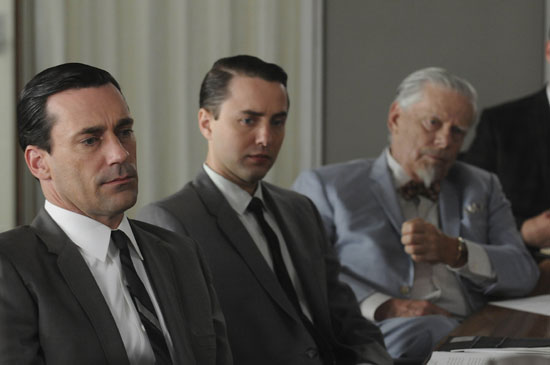 This week the smaller adjustments begin: layoffs are made, Betty may be uprooting the Draper kids, and Don makes a very big decision regarding the future of the agency without consulting his partners. There's a lot to chew on as we gear up for next week's big finale, so just read more.

What are your thoughts on this week's episode? Will Sterling Cooper Draper Pryce finally fall in next week's finale? Will Sally get even more rebellious? Leave your comments below or take them to the Mad Men community group!