Prostitution and guilt are big themes in this week's Mad Men, and I have to admit that I found the second episode of season six more interesting and exciting than the season premiere. Don and Pete are both cheating on their wives with various consequences, and we find out that Megan has been dealing with a sad event in silence. 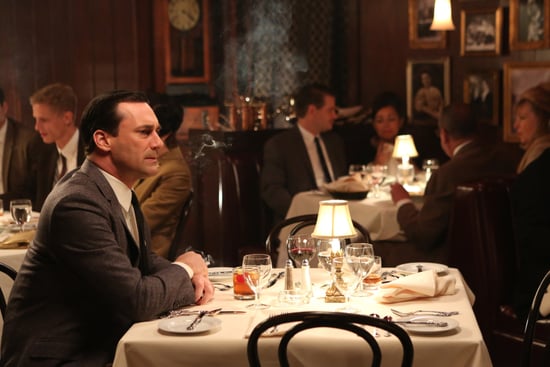 Over on the business side of things, Peggy may be snagging some business from Sterling Cooper Draper Pryce, while an icky client makes a return to gross out the whole office. The five maddest moments of the week? Just keep reading.

Schitt's Creek
The Iconic Schitt's Creek's Line of "Ew, David!" Is Said on the Show a Lot Less Than You Think
by Grayson Gilcrease 16 hours ago