With only two episodes left in this season of Mad Men, the stakes have officially been raised. "Favors" starts out a little slow, and halfway in, I was wondering if Peggy and Pete having a civil conversation would be the most exciting thing in the whole episode. Boy, was I wrong. Peggy and Pete's strange closeness is just the beginning of an episode full of bizarre, awkward, and downright shocking moments. Pete's having doubts about his mother's male nurse, Peggy's apartment is providing some bloody challenges, and Sally is caught witnessing something no child should ever see. Just another week for Mad Men! 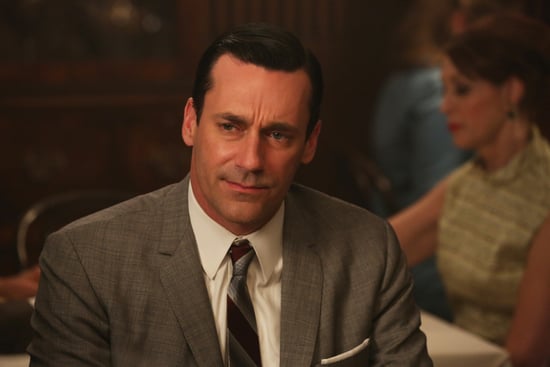 Meanwhile, another incident comes up in regards to the Bob Benson situation. Get all the details after the jump.