On this week's Mad Men, Don and Megan's marital problems are rivaled only by that of the firm, which experiences strife among the employees and loses one of its accounts while failing to win a very important one. Things also get cutthroat in the advertising world, and we see some unfriendly competition between Peggy's new firm and Sterling Cooper Draper Pryce when Peggy acts on the tip Stan unwittingly gives her in last week's episode. 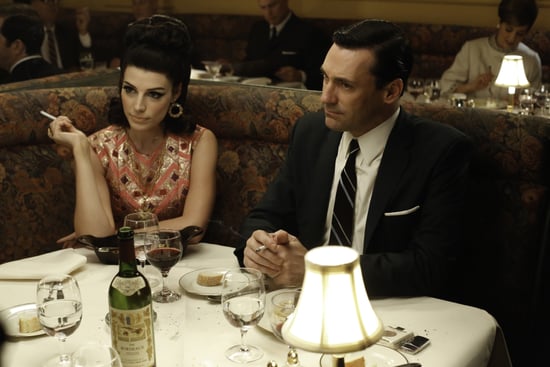 Meanwhile, Joan is struggling to maintain the respect of her colleagues at SCDP, even though it's clear that some people know the unsavory way she got her partnership. Ready to talk about these points and the rest of this week's maddest moments? Just keep reading.

Netflix
Never Have I Ever . . . Wanted to Be More Like Devi Vishwakumar
by Navi Ahluwalia 7 hours ago