Sex and violence play a huge part in this week's Mad Men, and this episode has one of the most shocking scenes I've ever seen on this show (even though it turns out not to be real). Don is suffering from a cold that gives him disturbing dreams, and Joan's happiness about welcoming Greg home from Vietnam turns sour fast. Peggy gets an assignment from Roger, which leads to her spending quality time with Dawn, the new receptionist. Michael Ginsberg is quickly making his presence known at SCDP, though his tactics very nearly get him fired immediately. 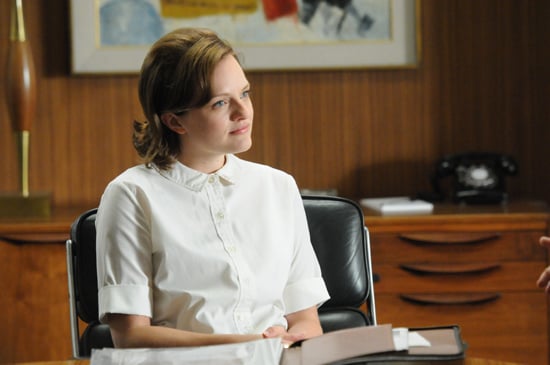 Even though the maddest moment of this week's episode doesn't really happen, I'm still having a hard time getting the image out of my head (I guess I know exactly how Sally feels). Let's chat about those scenes and more after the jump.