"Tomorrowland" is an extremely appropriate title for the season finale of Mad Men — and not just because Don is taking his kids to Disneyland. It's also an indicator of Don's newfound optimism, as he looks ahead to the future with rose-colored glasses (he even does a cannonball into the pool!). The reason for his sunny disposition? Love. And the decision he makes as a result is jaw-dropping. 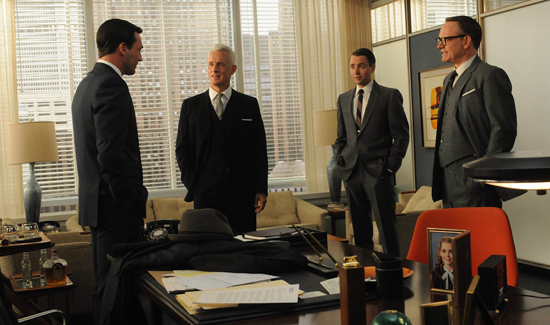 Don's not the only one thinking good thoughts; things are getting better for Sterling Cooper Draper Pryce as well. I can't really divulge much about the episode without giving away spoilers, but allow me to say this: the finale is a nice close to an already fantastic season. For details about the biggest shockers of the evening, just read more. 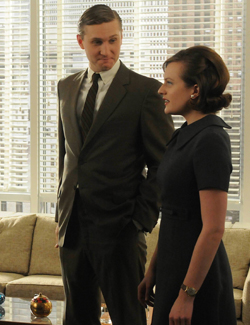 What did you think of the finale? Were you shocked to see Don get engaged so quickly? What about Joan's pregnancy? Share your two cents in the comments below or add them to the Mad Men community group!

Music
How Can Anyone Deny That Ashanti Is the Lady of Soul After This Greatest-Hits Performance?
by Njera Perkins 7 hours ago

Insecure
So, Are Molly and Taurean Dating? Insecure's Leonard Robinson Dishes on the Possible Romance
by Njera Perkins 22 hours ago