It's all about Pete Campbell on Mad Men this week, as we get a little more insight into what's making him so miserable. Though he's guilty of a few despicable acts, we also get to see Trudy in her best form, plus the added bonus of seeing Pete get put in his place in a very unexpected manner. 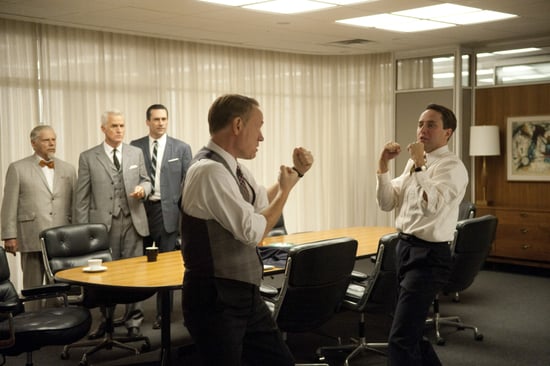 The Campbell comeuppance isn't the only twist: there's also an awkward kiss that takes place within the walls of Sterling Cooper Draper Pryce, and some great zingers from Don. Is it just me, or is Don funnier than ever this season? Just another reason why I'm a fan of the Megan effect. Let's break it down when you read more.

Were you surprised to see Lane and Pete come to blows? How much longer do you think Don can stay faithful?