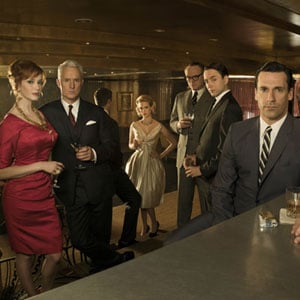 Get your DVRs ready: Jon Hamm has confirmed that Mad Men will return on March 25! The AMC drama has been on hiatus since the Summer of 2010, but now Season 5 is just mere months away. Now, excuse us while we resume debate on topics like Don and Megan's engagement and Joan's pregnancy.

Saturday Night Live
Rami Malek and Pete Davidson Recap Squid Game in a Country Song, and We Can't Stop Singing It
by Yerin Kim 4 hours ago